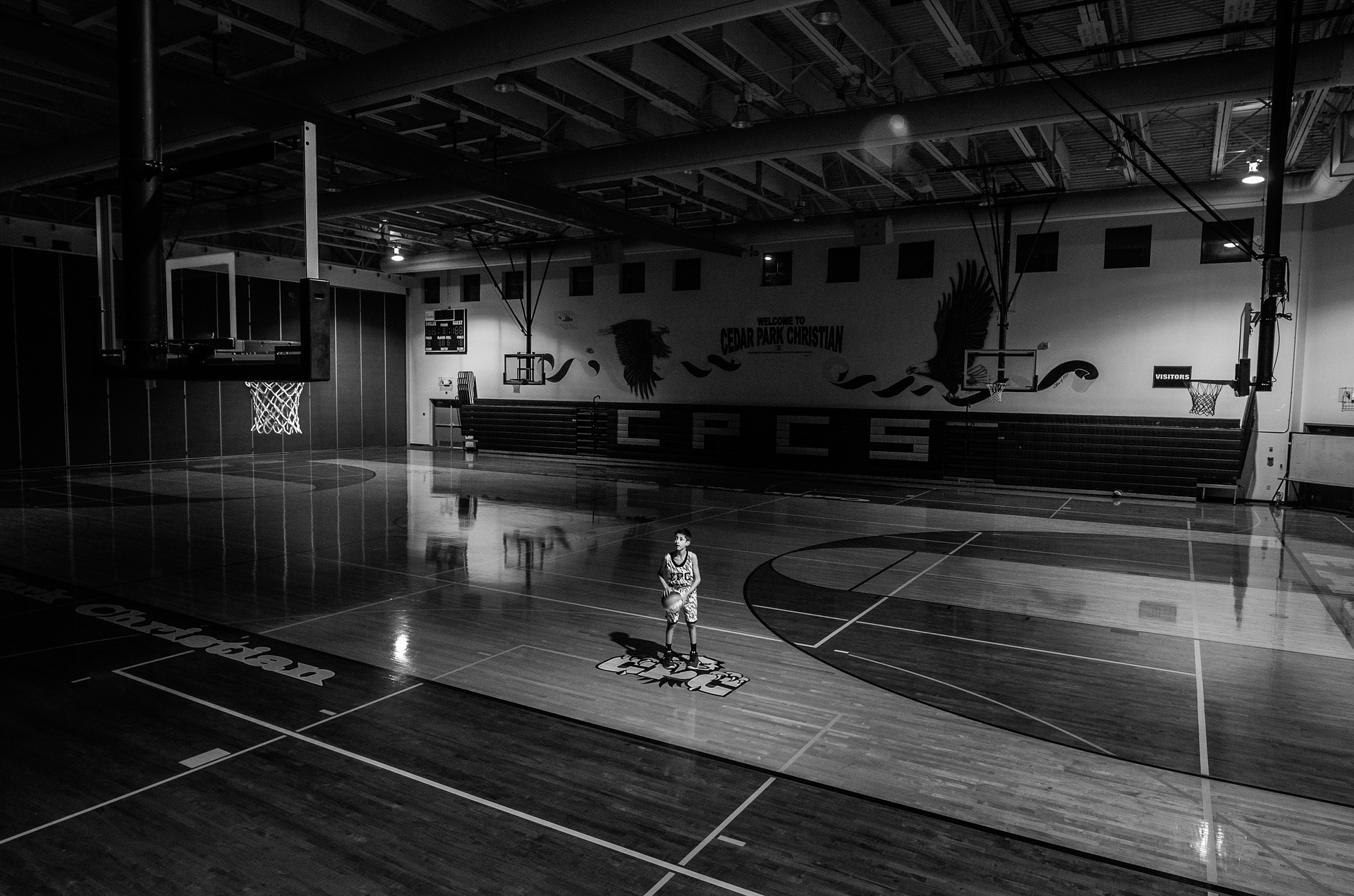 When I was a kid I used to play pick-up basketball every day of the summer with a few older players on a local court. One of the biggest lessons they would teach me was that basketball was a game of confidence. I would later come to understand that this is true for many other sports, not just basketball, but let’s not get ahead of ourselves.

Many young players are holding back their own development because they’re preventing themselves from taking that next step forward and expanding their game. They might have a move they’ve been practicing on their own but they’re too afraid to try it in a 5 on 5 practice, or they might even be doing it in practice but they’re afraid to do it in a game. The cause of this fear is usually the same, they’re afraid of making a mistake. What if you miss, or what if you lose the ball?

If this sounds like you then you’re most likely, whether you see it or not, striving for perfection, which is ironically an excellent way to sabotage yourself. Perfection brings the burden of unrealistic expectations. A perfect player would never miss a shot, yet even Steph Curry missed around 56% of his threes this season. Missed shots and mistakes are a part of the game and the best way to get over your fear of mistakes is to go ahead and make a few, you’ll see that it’s not the end of the world.

Get Comfortable With Making Mistakes

Being a naturally shy and quiet person, my lack of confidence in games was a major obstacle during my early years. Playing with close friends and having nothing to prove, I would be in the zone and play completely free from any feelings of fear. Yet during tryouts or in the games with an audience, I was suddenly afraid to make bigger plays and always played things safe. With that attitude, I wasn’t ever going to impress anybody.

This lack of confidence didn’t just haunt me in basketball. Back then I was playing water polo alongside basketball. I was keyed up before my first official match and had some friends coming to watch me play. I was a goalkeeper, and in goal you only have a handful of opportunities to show what you’ve got. My mind was racing – ‘don’t screw up!’, I repeated to myself.

As you can probably guess, I did. Frustrated by my lack of contribution to the game and eager to make something happen, I launched a long ball directly to an unsuspecting teammate hoping to make a quick counterattacking play. That was out of character for me, a player who would otherwise stick to passing to the nearest players. A few seconds later the ball was in the back of my own net – my attempt at trying something bold had backfired. I felt horrible and I thought my coach would never let me hear the end of it.

To my surprise my coach seemed impressed, “I certainly haven’t you seen you try that before!”. I suddenly realized it wasn’t the end of the world. In fact, it was one of the best learning experiences I could ask for as a young player. After that, I was mentally tougher and more confident in sports and even throughout other aspects of life.

Building Confidence Is A Journey

The sport is different but the principles are the same. I’m not telling you to start taking wild shots from 30 feet in your next game just for the sake of shedding that fear of screwing up. Building confidence is a journey. Are you trying to expand your game in some way e.g. add a new move? Good, you should be. The first step towards successfully doing this is to master it on your own terms.

Go out to a local court and practice whatever it is you want to add to your game on your own until it becomes second nature. Bring a friend with you if you need to, they can help you out or they might notice things you don’t, have them record you if it will help. Every time you fail, make sure you understand why it happened (video will help with this) and try to fix it on your next attempt. Once you’re able to do it on your own consistently you’re ready to try it out in basketball practice.

You already know you can do the move, but during practice things are a bit different. There are now teammates and opposing players to consider. Mistakes still can and will happen. Let them happen and learn from them, that’s what development is all about. Talk to your coach, see if they have any advice for you. Ask them for drills you can do on your own. Doing it in practice builds the healthy confidence you want, and when you start consistently doing it in practice then you’re ready for prime time.

You have the move down in your muscle memory, you know you can do it even when pressured by the defense, you are no longer holding yourself back. All that’s left now is for you to go out and show them what you got. You’ll begin to realize that even the best players can’t make the right play or perfectly execute a move every time. But these great players all share something in common – they’re not scared of making a fool of themselves.

Max Kesler runs a website focused on providing helpful tips and advice for youth basketball. He shares on training, gear, and fitness. You can take a look here: https://www.hoopsbeast.com