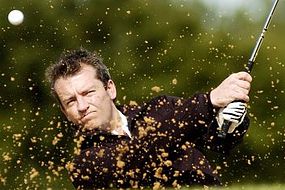 Stuart does player development for England Rugby by day and shares stuff with the world about talent development by night. Stuart worked in coaching golf for 10 years and invented a game called Try Golf, and over the past 4-5 years has been involved in developing talent pathways with many athletes, including Olympic athletes and the players at England Rugby.

‘Task Design is critical – because many people get uncomfortable when they see someone struggling and not being able to get there quite yet- so they either jump in and solve it for them, or they move on. But this never allows the learning to happen. The moment when they are close to figuring it out is actually the sweet spot.’ – Stuart Armstrong