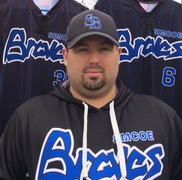 Adam Walker is the coach of a U14 boys fastball(baseball) team in Ontario Canada. His note to WYC:

‘I have been coaching for years in hockey and fastball, I have had good results but not great. I also had decent relationships with my athletes but again not great. Last winter I found your podcast and after listening to a lot of episodes especially those around creating a winning culture I made some changes to the way I coach. In the past I was never overly negative but I didn’t focus on being positive. I spent time talking to my athletes but I didn’t make it a point to really know them.

After making these changes last season not only did I see a huge change in the passion these young athletes have for the game, we were also closer as a team, I developed great relationships with my athletes, and in the end we won our provincial championship and then went on to win a National Championship.

These young athletes had such a passion for the game and it resulted in them working harder every time we were at the diamonds. In the end their skills and self confidence grew and the result was a National Championship and memories these kids will never forget.’