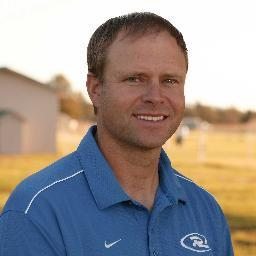 What does it take to be a winning youth coach? Listen in as John O’Sullivan shares stories and discusses his journey to becoming a successful youth sports coach.

John is the founder of the Changing the Game Project – whose mission is to is to ensure that we return youth sports to our children, and put the ‘play’ back in ‘play ball.’  They want to provide the most influential adults in our children’s lives – their parents and coaches – with the information and resources they need to make sports a healthy, positive, and rewarding experience for their children, and their whole family.

John started the Changing the Game Project in 2012 after two decades as a soccer player and coach on the youth, high school, college and professional level.  He is the author of the #1 bestselling books Changing the Game: The Parents Guide to Raising Happy, High Performing Athletes, and Giving Youth Sports Back to our Kids and Is it Wise to Specialize? John is also a regular contributor for SoccerWire.com, and his writing has been featured in many publications including The Huffington Post and Soccer America. John is an internationally known speaker for coaches, parents and youth sports organizations, and has spoken for TEDx, the National Soccer Coaches Association of America, IMG Academy, and at numerous other events throughout the US, Canada and Europe.  He resides in beautiful Bend, OR, with his wife, Dr Lauren O’Sullivan, and two wonderful children and aspiring young athletes: Maggie Shea, age 9, and Tiernan, age 7.

‘When you are coaching sports – you don’t coach a sport, you coach a child’ – Dr. Martin Toms