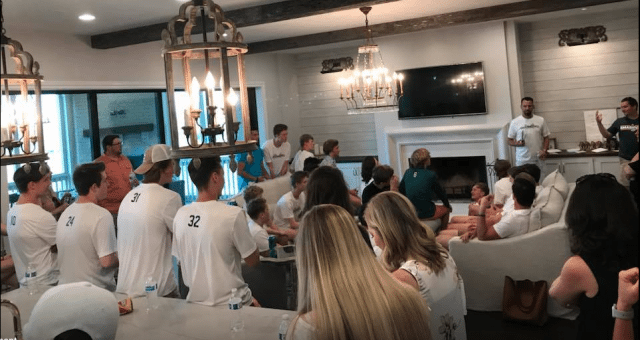 Just got done with our post-season banquet.

A huge shout-out to Scott Rosberg from Great Resources for Coaches. I interviewed him back on WYC Podcast Episode 75, and he shared this awesome idea:

Don’t have a bunch of awards based on talent-level. (Offensive MVP, Defensive MVP, Most Goals, etc.)

Instead, base your awards on things 100% controllable by the players.

I know, doesn’t seem like rocket-science, but why did I never do this before?

We did it, and it was awesome. Here are the categories we came up with:

These were all voted on by the players.

Then we had 1 Coach’s Award, chosen by the coaches, utilizing the criteria above.

And we had 2 MVP awards, which were voted on by the players.

The one other thing we did was read all of the names who received votes for each category. That way kids(and their parents) could hear their name, even if they weren’t walking away with an award.

I left the players with a final challenge, specifically talking to everyone who didn’t win an award or hear their name called… Insert cliffhanger here… I’ll share the details of that in next week’s post.